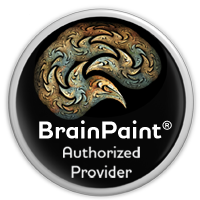 New research shows that computer-based neurofeedback can produce significant and lasting improvement in attention and focusing children with ADHD and is superior to computer-based cognitive training.

The report, published in the medical Journal, Pediatrics, in February 2014 shows that children who received computer-based neurofeedback make faster and greater improvements in ADHD symptoms and were sustained in a six-month follow-up. Naomi Steiner, M.D., of the Floating Hospital for Children at Tufts Medical Center in Boston, Massachusetts stated that “sustainability of improvements after a behavioral intervention is not usually found, and an important finding.”

Neuro feedback is a form of computer-based attention training. Neuro feedback trains users with electroencephalographic sensors embedded in a headband to increase their beta waves (an attention state) and to suppress their theta waves (a drowsy state) when viewing their brain waves on a computer screen.

The research team randomly assigned 104 children in the second and fourth grade with ADHD to receive in-school neurofeedback and a control group that did not receive neurofeedback. The neurofeedback group received 3-45 minute intervention sessions each week for a total of 40 sessions under the supervision of a research assistant. Observations before and immediately after the interventions reported significant improvements in ADHD symptoms, including attention and executive functioning. The investigators reported, after 6 months the improvements remained.

The investigators say that it is noteworthy that children in the neurofeedback group maintained their stimulant medication doses while presumably experiencing the same physical growth and increased school demands as the control groups whose medication dosage increased by 9-13 milligrams.

Dr. Martijin Arns, PhD, a researcher in the Department of Experimental Psychology at Utrecht University in the Netherlands and Director of Research Institute Brainclinics, said the study contributes more evidence that neurofeedback in the treatment of ADHD has clinical benefits and that these effects seem to be maintained across time.”
Dr. Arms goes on to say that recent studies have demonstrated limitations of medication and long-term; hence, treatments that have more sustained affects the ADHD are much needed.

The Paulk Clinic, in Stockbridge Georgia, offers neurofeedback as part of a comprehensive management program to assist patient’s with ADHD. Dr. Paulk uses BrainPaint, a neurofeedback system that follows the same model as personalized medicine. Personalized medicine proposes the customization of health care, which includes practices that aren’t tailored to each individual. Depending on the patient’s issues and goals, the BrainPaint system customizes each and every protocol just for them.

Brainpaint uses a systematic approach, which has demonstrated in research to have a large effect on attention (ADD and ADHD), anxiety, depression, thought disorders, social introversion, hysteria, hypochondria and openness. It is a systematic approach that takes out all the guesswork ensuring more consistent results.