In our most recent newsletter, March 2013, we shared 6 of our favorite tips from the posting below. Rather than make everyone email us for the posting, we’ve decided to post the entirety of the success secrets here on our blog for easy access!
If you, your child, or someone you know suffers from ADD/ADHD, the below tips are an excellent resource! They speak to how holistic health and thorough testing can help your child achieve maximum health. 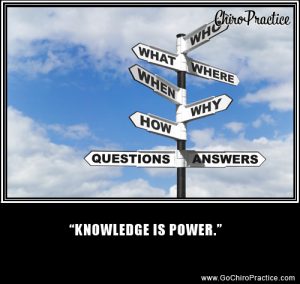 Then there are environmental factors, one of them being chemicals such as cigarette smoke.  There are over 519 chemicals in cigarettes.  Here are just a few of them… Now, you don’t hear too often anymore that a mother smoked cigarettes while she was pregnant, but it does happen from time to time and this could have triggered your child’s autoimmune condition.  Even ONE cigarette could have triggered it.  SECOND-HAND SMOKE can have the same effect!  So you didn’t even need to have smoked a cigarette; second-hand smoke could have been the culprit.
TSNAs:  Tobacco-specific N-nitrosamines (TSNAs) are known to be some of the most potent carcinogens present in smokeless tobacco, snuff and tobacco smoke.
Benzene: Benzene can be found in pesticides and gasoline. It is present in high levels in cigarette smoke and accounts for half of all human exposure to this hazardous chemical.
Pesticides: Pesticides are used on our lawns and gardens, and inhaled into our lungs via cigarette smoke.
Formaldehyde: Formaldehyde is a chemical used to preserve dead bodies and is responsible for some of the nose, throat and eye irritation smokers experience when breathing in cigarette smoke.
Lead is the second biggest culprit and it just isn’t lower income children being exposed to it.  If your house was built prior to 1970, there is a good chance that there is lead-based paint in it.  Paint dust containing lead is the number one source, so you need to be aware of this fact!  Also, lead exposure from plumbing.
There’s a new study that shows that a very common insect repellent, DEET, affects the brain and the nervous system the same way as nerve gas.  DEET, which is in a lot of common spray and liquid insect repellents, affects the breakdown of the neurotransmitter acetylcholine in your brain.

Chemicals such as pesticides can trigger an autoimmune response as can toxins in household products or heavy metals in vaccines.
Chemicals in general can trigger an autoimmune response, like the latest chemical that’s hit the news…BPA.  This is a very nasty chemical called bisphenol A.  It’s used in a lot of plastics, and BPA is extremely bad for thyroid health; it can trigger Hashimoto’s Thyroiditis or autoimmune thyroid.
Rocket fuel is another!  You heard that correctly, I said rocket fuel!  You may ask…”How am I exposed to rocket fuel?”  Studies have shown that 30 to 40 percent of women in America have remnants of rocket fuel in their body.  It gets into the ground water and it stays there for a very long time.
Treatment Success Secret #6
HORMONES!

The regulation of hormones plays an important role in your health especially when you were pregnant with your child.  For example, Prolactin is a hormone that’s made by your pituitary gland.  High levels of prolactin suppress TSH or Thyroid-Stimulating Hormone.  Prolactin is balanced by progesterone and dopamine, so when people have a dopamine deficiency, or progesterone deficiency, their prolactin will increase, and that will decrease the function of the pituitary’s production of thyroid-stimulating hormone.  Remember when I stated the thyroid controls ALL of your body’s metabolism?

Gluten is one of the biggest culprits in causing an autoimmune condition that I see in my office.  Remember in ADD/ADHD Treatment Success #2 that I said that ADD/ADHD can be caused by an autoimmune condition?  That’s why it is EXTREMELY important to be tested properly for gluten sensitivity.  In our office, we run a food sensitivity test from a lab called Enterolab.  It is a lab test for sensitivity to gluten, milk, soy, egg and yeast.  If your child is sensitive to ANY of these foods, consuming them could cause inflammation, which could increase the ADD/ADHD symptoms.